You can’t have too much dog …

I am generally an orderly girl even if that order seems somewhat chaotic to observers and right now I feel the extra need to have pegs to hang each day on.  I also need to discipline my lawless approach to writing.  For these reasons, I have decided to dedicate different days of the week to a variety of new ideas with the strong caveat that when the storytelling muse knocks loud that it will be move over whatever Beethoven is on the menu that day and make way for a bigger post. 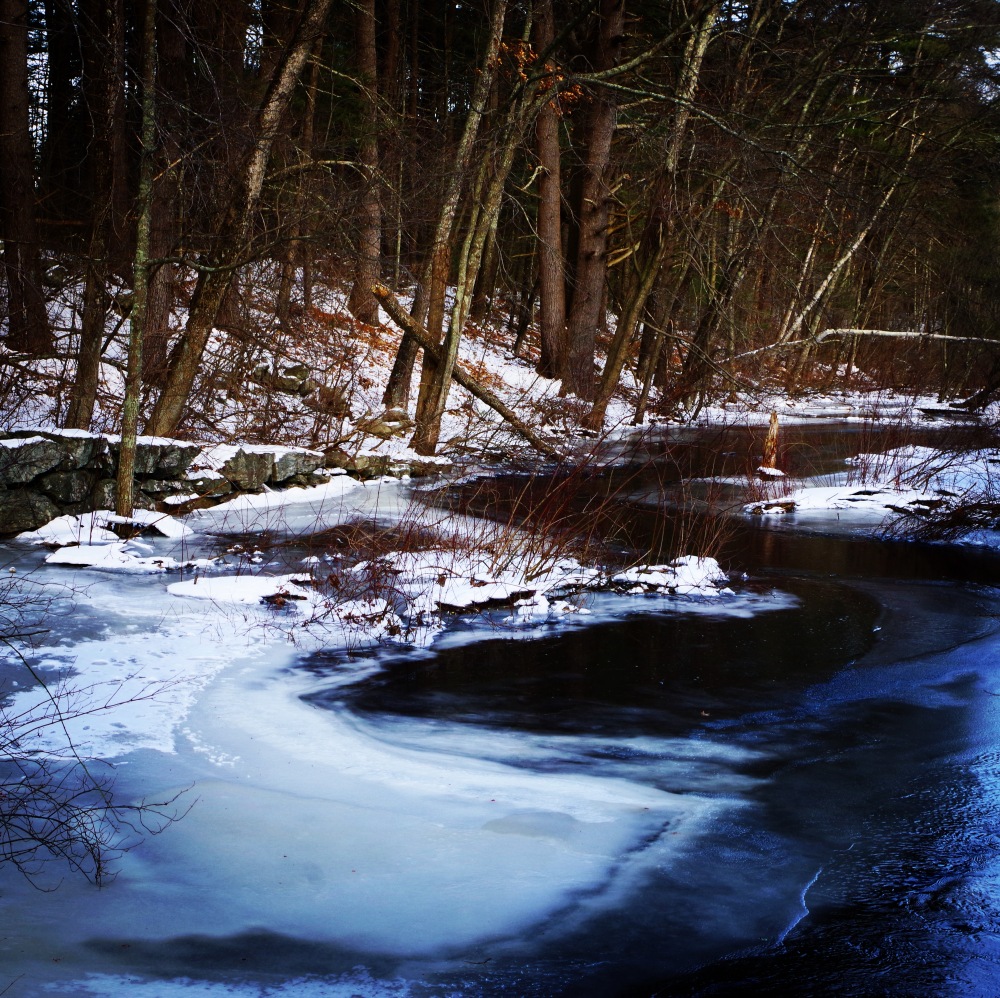 Mondays therefore, henceforth and for the next while become the terrain of my motley mutts.  Dog Days if you will.  In due course, they may be allowed to write their own posts but in the interests of some propriety, I will take the lead and write each of their stories over the coming weeks.

Today is simply a little background to how on earth we managed to increase the poundage of our household canines by a factor of almost twenty.  The poundage is the result of three newbies, not more, so I guess one might be credited with a tiny bit of sanity in the mayhem.  Or not.  Your choice on that one ….

The story starts in the summer of 2018.  Our son was staying with us prior to moving to a new flat.  He asked if we minded if he got a puppy.  He wanted the companionship when living on his own and we readily agreed.  Emilia is a cattle-dog cross who was found wandering in Oklahoma City.  She duly arrived, aged about 3 months and The Bean swooned.  This was astonishing.  We had thought she would be reluctant to welcome another dog but since it was temporary I, in the driving seat being home all day, had been happy to roll with the punches.  What a glistening silver lining that there was no antipathy and not even a brush of the boxing glove to contend with. 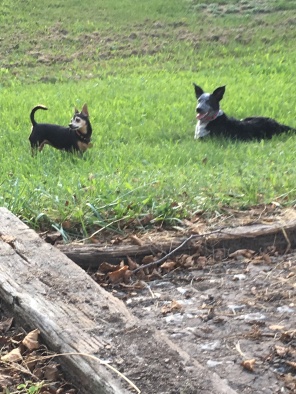 The love blossomed for two months and then it was time for son and pup to move to their new home.  We waved them off and settled back to being just we three.  The Bean descended into somewhat of a malaise.  She clearly missed Emilia.  It was tragic.  She moped around pathetically and seemed to be a sleep-walking version of her former spry self.  What to do?  Never one to shirk from more dogs I set about persuading HB² that this was really and truly the moment to adopt a dog.  He ignored me awhile, conceded that resistance was futile and acquiesced graciously.  I smiled serenely.

I did copious reading devouring books and articles and decided that The Bean should have a young companion, a maximum of a year old, and one that was no more than three times her weight thus no more than 20-22lb.  A male would be better since bitch fights are always ugly in any context and it seems that pairing opposite sexes works better. 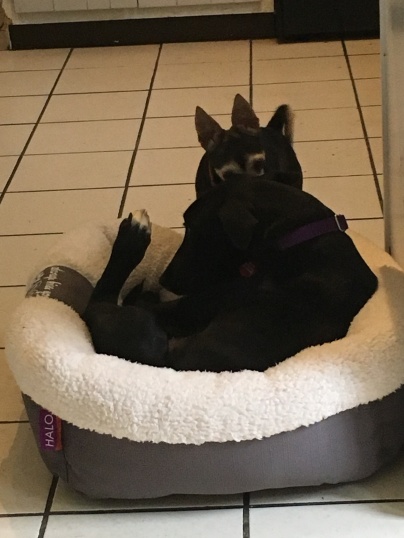 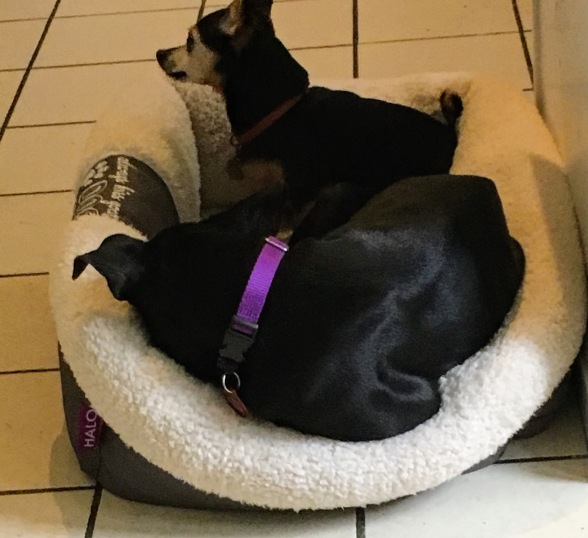 Here in Massachusetts we have very little issue with dogs being ill-treated or rendered homeless.  Which is not to say none but relatively it is not a problem.  Therefore, the majority of shelter dogs come up from Southern States.  Sometimes this is because of inherent problems, sometimes it is because of natural disasters.  But there is a plentiful supply.  The first dog we applied for turned out to be one that would be put on a transport and sent to a collection point with numbers of other dogs.  It’s a bit like a blind date crossed with a lottery.  You arrive at the given time and the driver calls out your name and you meet your dog.  No sending it back.   You’re on your own.  We were not confident that this would work not least because The Bean would have no chance to meet her potential housemate before being required to budge up and share her digs. We slid down the snake and went back to square one.  Rather heavy hearted because Wilma did look like a lovely Beagle though older than we had ideally wanted.  Next we turned to one of the local shelters.  Now, in fairness, our timing was off.  I was about to travel to Europe for ten days and The Brains was joining me for five in France.  Naiveté is a speciality of mine and it didn’t occur to me that if we offered to pay for a dog and it’s keep that it would be a problem to keep it at the shelter til we got home.  The shelter were not impressed when I emailed our delight with a brother and sister called Alexander and Anjelica and said we would take both.  I’m not renowned for being able to make decisions between one thing and another.  For this reason I am always last to make my order in a restaurant – I dither back and forth and eventually am forced by the collective irritation of whomever I am dining with and the person taking the order and the choice will be made by whichever point of the eeny-meeny I am at at that precise moment.  This in part explains why we opted for both not one or the other.  That and the site of them so clearly a pair of attached siblings.  Anyhow, I got rather a brusque rebuff from the manager and got on the plane to London heavy of heart.  I checked their website.  One of them had been adopted.  I remain convinced they should have gone together – they were so bonded.  I cried quietly in my seat as I flew further and further away.  The dogs, incidentally were estimated at a weight of 40lb each when grown.  So each double what I had sensibly understood the maximum optimal weight for a Bean companion should be.

We returned to the US and I started the hunt again.  Weeks past and I became a woman obsessed.  By then, based on the two we had found, we had decided that it would be better for The Bean if we got two youngsters so that they could occupy each other when she was feeling her age and a little less affable.  The Bean, you see, may look cute and harmless but many is the dog and human who have fallen foul of her less than even temperament.  Bad hair days are unpredictable in world of Bean and we felt she would do better not having the pressure of always being spruce and polished.   I must have looked at and enquired after twenty dogs but many were of the trapeze without a safety net variety coming straight to a carpark near you on a transport.  Others on closer inspection were not the right fit.  Maybe they were known to not be good with children for example.  We have five children and it is inevitable that there will be tiny pitter pattering feet along the way. 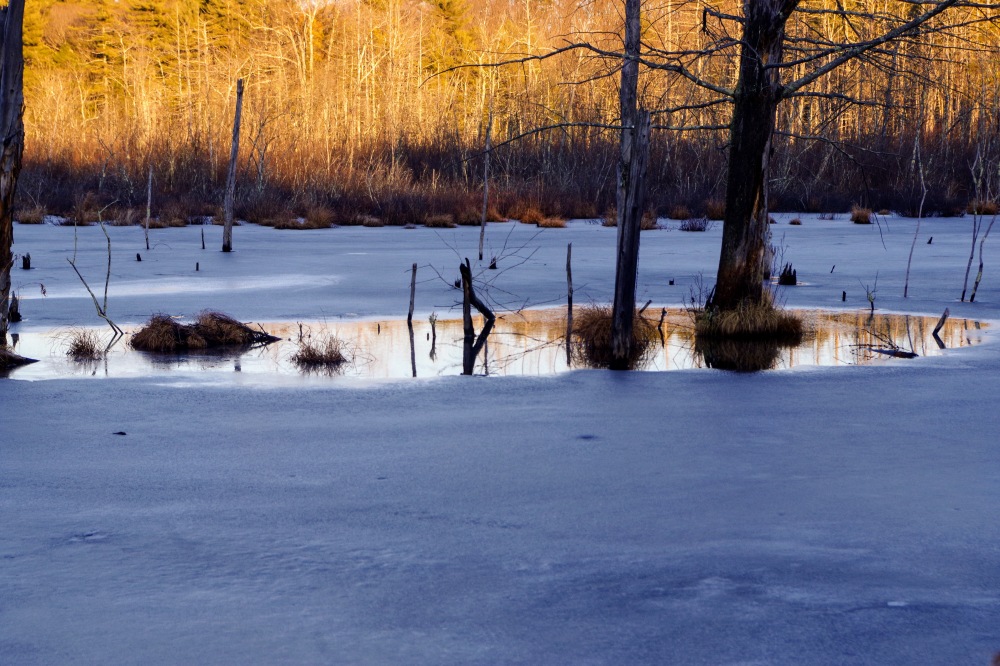 And then I struck gold.  A rather oversized crock of the gleaming stuff as it turned out.  I found two sisters aged five months old and we went to the shelter, a different shelter, to meet them.  Unfortunately they had been spayed that day and were not taking visitors but would we like to walk this one ….?   This one was a red coated fellow with the most pleading expression and it was clear that he had decided we were to be his family.   The following evening Red Boy met The Bean and duly bonded, we brought him home.  But what of the sisters.  Well – my husband pretends to be a badass but in fact is extremely soft and he whispered to me as I stood looking at their forlorn post operative forms on their little cots through the wire of their cages ‘we could take all three ….’ 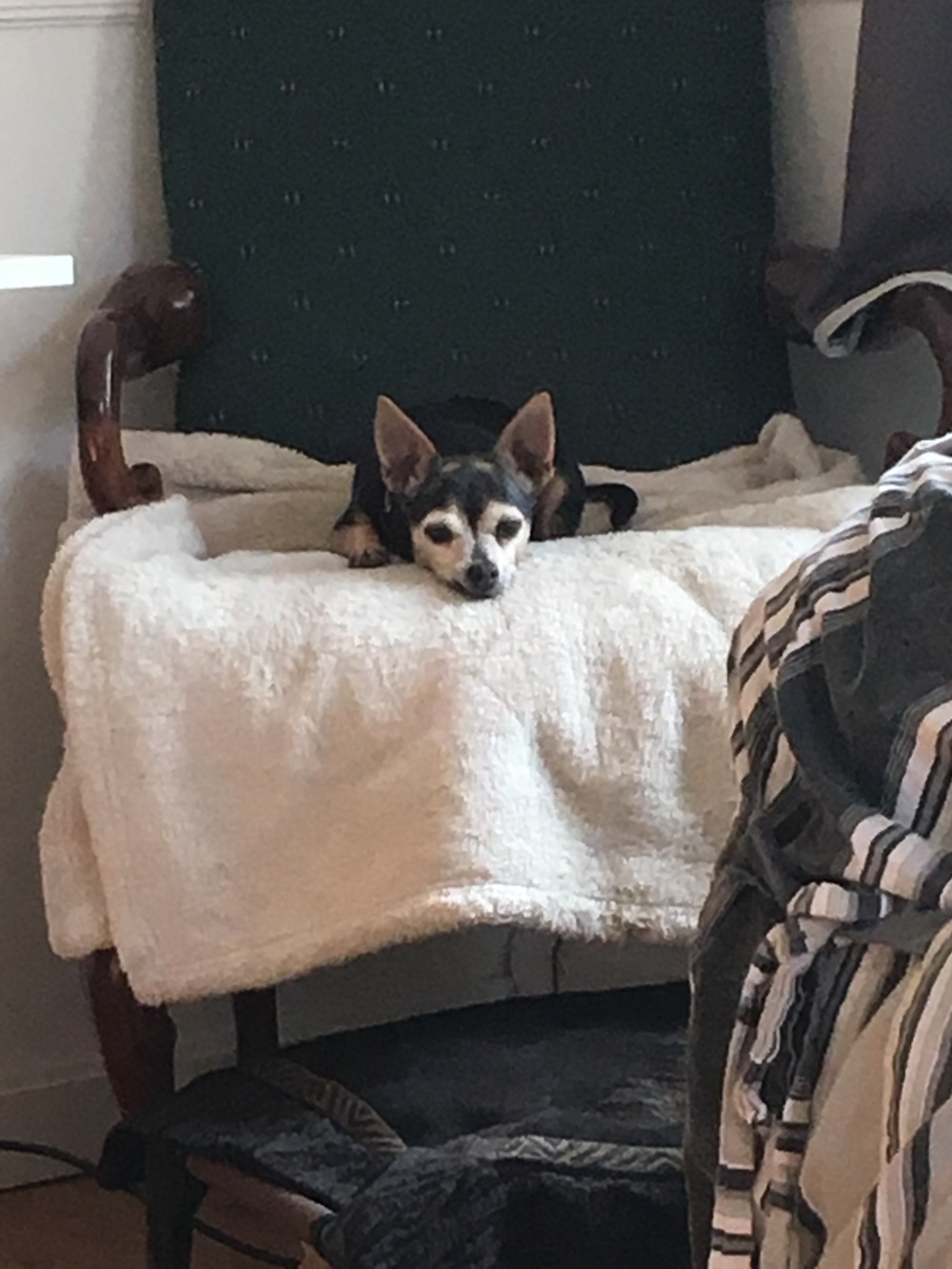 Most shelters would not have let us take two let alone three but we were interviewed, a stiff but fair interview. It felt a little as I imagine it might feel for a young man asking a father for the hand of his daughter in marriage.  I have owned multiple dogs all at once and most of the many dogs I have owned have been rescued.  That may have been a factor.  Whatever the reason, they said yes.   People might comment at this point that we have ‘sucker’ tattooed on our collective foreheads and that the shelter saw us coming but this is a highly professional place which has been a place of refuge and rehoming since 1961. We consider ourselves fortunate to have crossed their threshold and privileged to have been given the opportunity to adopt three needy souls.  So the morning after we took The Boy home, we went back with Boy and Bean for the entire potential quartet to meet.  It was deemed a success and paperwork duly done, we squoozed into our Mini Cooper and took our new tribe home.  And the fun commenced but that is a story to be spun over coming Mondays. 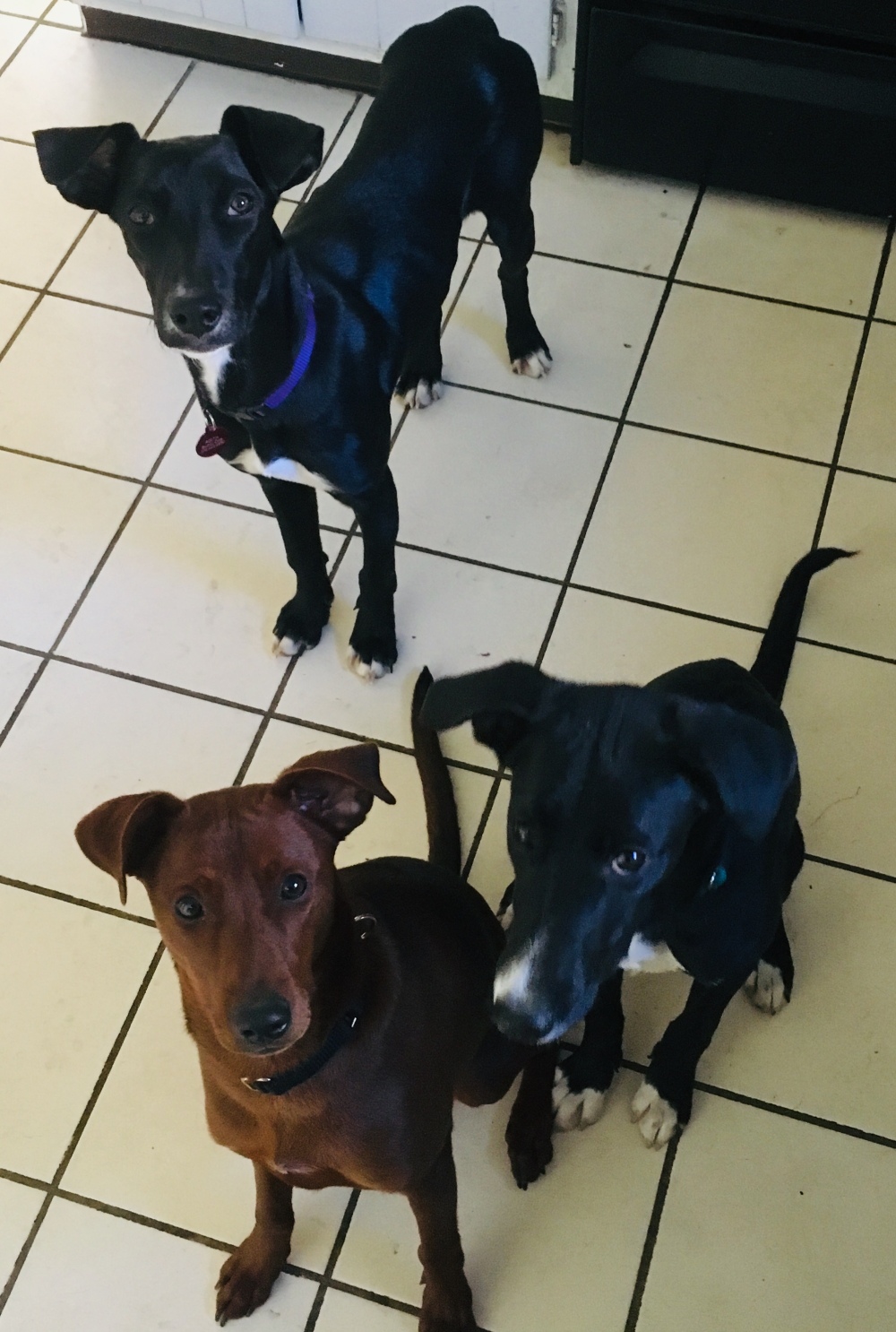 And your bonus, just because I can and actually I had to …. the glorious and so achingly missed David Bowie giving us his ‘Diamond Dogs’.