Posts tagged ‘The Wind in the Willows’

One day I will find the right words

My friend Terry at Spearfruit nominated me for a MakeItUltra™ Blogger Award.  Terry has become a real friend even though we have never met.  His blog is about his life which has seen some tremendous struggles.  Terry beats  himself up for not always being bright and sunny and grateful and positive.  Terry denies that he is an inspiration.  Terry lives in an RV in a trailer park in Florida – he was meant to be travelling the country with his husband and their dog Roxy.  But Terry has Cancer so instead they are static whilst he undergoes the rigours of Chemotherapy treatment still with the threat of the most major and invasive surgery hanging over his head.  I encourage you to visit his blog and I think you too will be inspired (even if he thinks you won’t, because I am always right)  by this engaging and sweet man who thinks that he isn’t good enough.  He’s good enough for me – and one day we will meet and we will talk nonsense and eat cupcakes and ice-cream and for this reason Terry has to get well.

– Display the award on your blog by adding it to your post and/or displaying it using a widget on your page (Save the image to your computer and upload it to your blog post). Don’t forget to use the tag #MyUltraAward when you make your post!

– Answer the following MakeItUltra™ Blogger Award questions and then nominate 1-8 blogs that you feel deserve the award and provide links.

In terms of nominees for the MakeItUltra™ Blogger Award, I am going to follow Terry who in turn followed the lead of Chatty Kerry who nominated him (she’s pretty wonderful too, by the way) and I’m going to pick just one perfect fruit.  It’s difficult, I have so many that I love but today I’m picking Susan at Our French Oasis because her blog is beautiful, because she writes of  life in France in such a lovely, beguiling and evocative way and illustrates with beauteous photographs and mostly because  she has a heart that seems similar to mine and this is after all about me, me, ME! 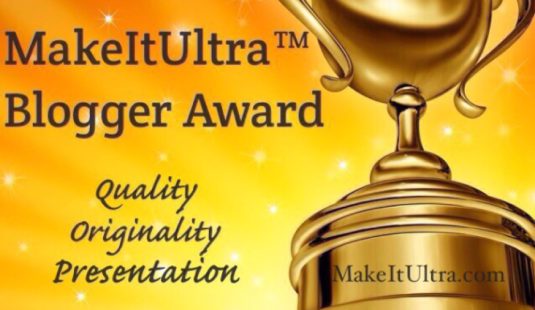 PS:  Because there must always be a PS – the title I have chosen is a line from Jack Keroauc who was born in Massachusetts.  It comes from ‘The Dharma Bums’ and has always haunted me ‘one day I will find the right words and they will be simple’.  When I can achieve that, then I will deserve an award.

For the trees have no tongues

Emotography …. I have Claudette at  ‘To Search and to Find’ (strapline ‘happiness in every day’ which I love) to thank for Emotography.  Its so alluringly simple …. post a picture, link to her site so she can include it in her gallery of the week and give, in as many or as few words as your mood dictates, the emotion that prompted the picture or that you felt when you saw the result.

For me today it is HOPE.  When I came upon this scene at Vaughn Hill, Bolton here in Massachusetts it shouted of The Lorax, my favourite of Dr Seuss’s extraordinary catalogue of books read to me as a small child despite being non-American because we had best friends from Boston – he, Hoops,  an English professor she, Betty,  once legendarily said to me, when I was denuding her greengage tree of fruit ‘see how Hoops just bleeeends with the waaaallpaper’ causing me, a gauche English girl to nearly drop plum straight out of the tree so irreverently funny was the image of this studious professor simply a disembodied head, his shirt of palest apricot blending with the silken walls of their drawing room.  The Lorax is a classic.  And of course I read it in turn to my own children.  It co-exists as a children’s classic with  ‘Winnie the Pooh’ and ‘Charlie and the Chocolate Factory’, it stands with ‘The Wind in The Willows’ and so many others here un-named as the finest books to read to children and for children to read.  But the message – the message is clear to us all.  Children and adults alike.  These dry lifeless trees standing defiantly in the water, for all the world like the Truffala’s in The Lorax remind me and should remind us all that we must protect what we have.  Be it from feisty little worms (to which these trees have succumbed) or to the greed of industrialists making their own version of Thneeds.   I have hope that we will.  Because we can.  If we will.

For the trees have no tongues

Apart from talking for the trees I taking the liberty of suggesting the following that they might enjoy the value of taking part with Claudette in her Emotography weekly event: